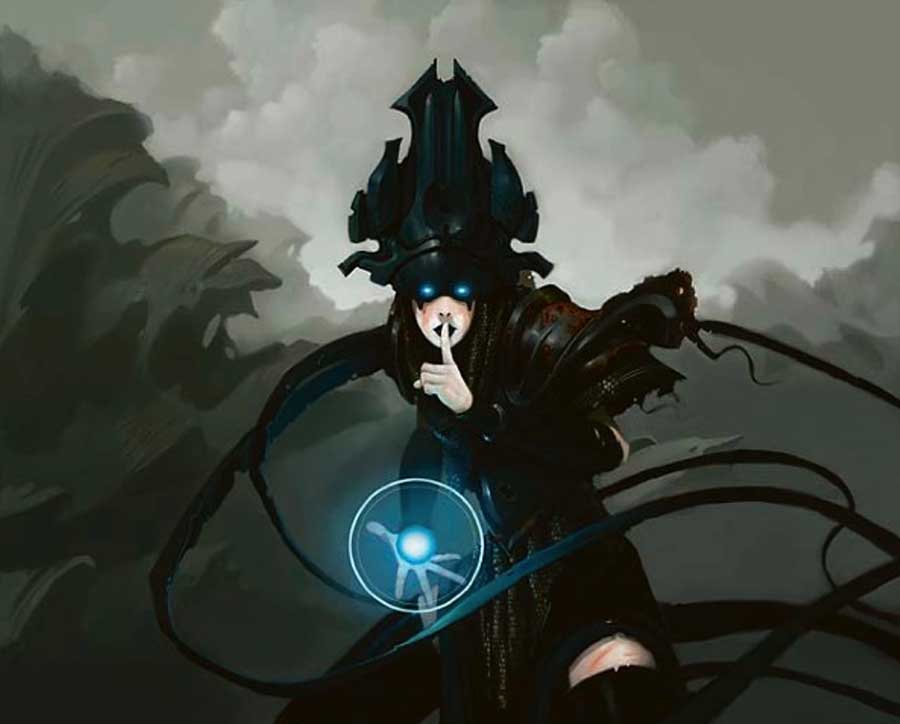 A friend of the Mage College was having trouble with a particularly mouthy individual. Upon hearing about this, I was inspired to immediately design a spell to fix the problem as most archmages would. This spell is for you, my friend.

Art: Voidmage Husher by Chippy, Wizards of the Coast

You magically silence a Large or smaller creature or object for the duration of the spell. While silenced, the target can’t create any sound on its own or through contact with other creatures, objects, or forces (such as magic).

When you cast this spell using a spell slot of 3rd level or higher, you can target an additional target for each slot level above 2nd. Each target must be within 30 feet of each other when you target them.

Hush is added to the Bard, Cleric, and Ranger spell lists.
(They all have Silence on their spell lists. Wizards can have it if you want.)